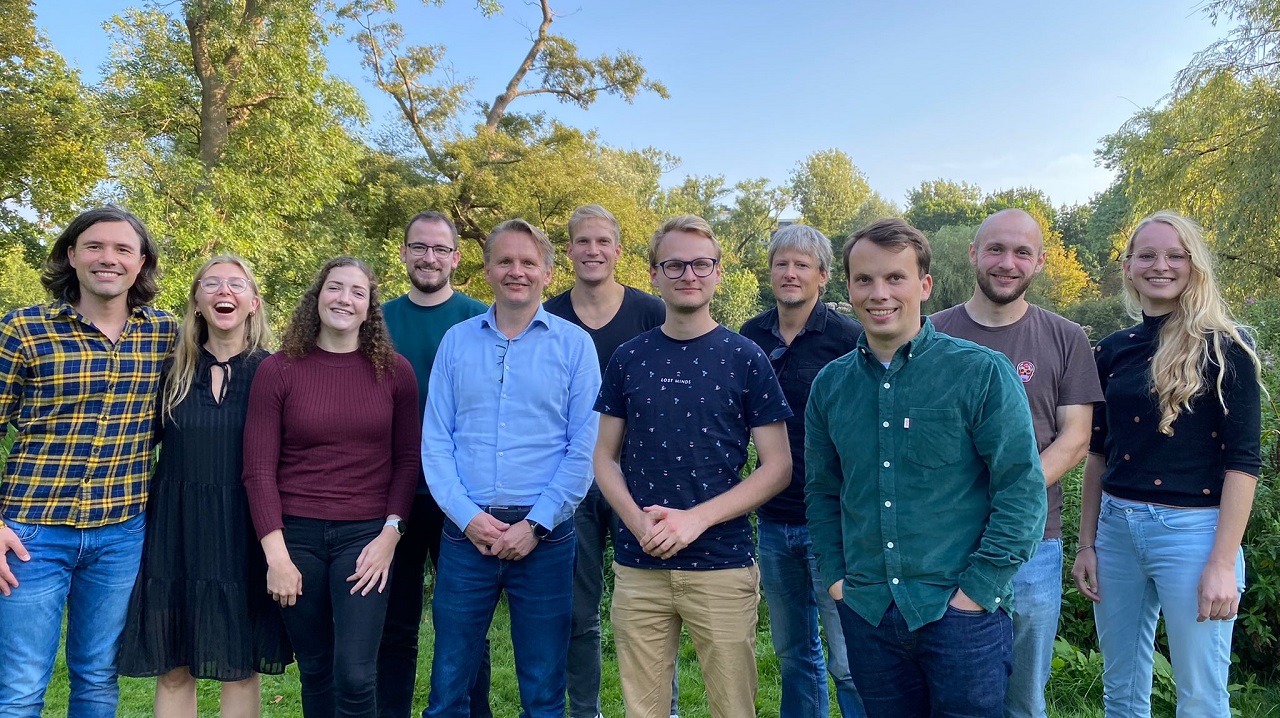 In most immune-mediated blood cell diseases and in all fetal/neonatal alloimmune cytopenias the destruction of blood cells is mediated by antibodies. We are therefore investigating both 1) the B cells, 2) the characteristics of these antibodies in terms of myeloid and NK-cell receptors (FcγR), and complement activation, and 3) the interaction of antibodies with the FcRn, the receptor responsible for placental transport. In the last few years, our focus has shifted towards glycosylation of IgG after our recent findings showing that these can be fundamentally different from total IgG in plasma. Furthermore, these changes seem to explain a large part of pathologies in alloimmune mediated diseases. By analyzing the Fc-glycosylation of the IgG1 alloantibodies formed during pregnancy against antigens of the fetus (Human Platelet Antigen-1 and Rhesus D antigen (RhD))) using mass spectrometry in collaboration with Prof. Manfred Wuhrer at Leiden University, we found markedly decreased levels of core-fucosylation and increased levels of galactosylation and sialylation. Because IgG glycosylation, in particular IgG Fc-core-fucosylation influences binding to FcγR, this translates into altered effector function that can have a profound effect on disease severity and prognosis. In addition, our work has shown that galactosylation is also controlled by B cells in antigen-specific manner and influences complement activation by affecting the hexamerization potential of antibodies.  These glycan changes and their actual effects on the immune function has been profoundly difficult to study. We therefor work hard to introduce these changes in model antibodies by glycoengineering, and study the effects in promoting cellular pathologies – but also how these can be put to use for Tumor cell killing.

Our research on antibody glycosylation in cytopenias above, characterized by afucosylated IgG, has led to the question on the origin of such responses. This work has uncovered that this type is extremely uncommon, exemplified by the fact that IgG in the human body is almost fully fucosylated (~94%). However, we have discovered that immune responses to non-enveloped viruses have a strong tendency to induce such immune responses. We are working along the hypothesis that afucosylated immune responses are particularly honed to battle enveloped viruses. Our recent work showed that the tendency to make afucosylated even stronger in natural immunity to Plasmodium falciparum-infected red blood cells (the causative agent of malaria). This seems to suggest that immune responses to Blood cells after blood transfusion and in in pregnancies, mimics how our immune system sees enveloped virus infected cells and infected RBC in malaria. Furthermore, this evokes a strong myeloid and NK-cell responses that in essence can be effective and may be crucial to mount a real protective effects to prevent malaria. Current protein-based vaccines do not do this, and lead to 100% fucosylation, perhaps explaining why most vaccine efforts in malaria have failed. At at the same time this can be excessive, leading to enhanced morbidity and mortality in diseases such as COVID-19 due to overactivation of the immune system through FcγRIIIa. 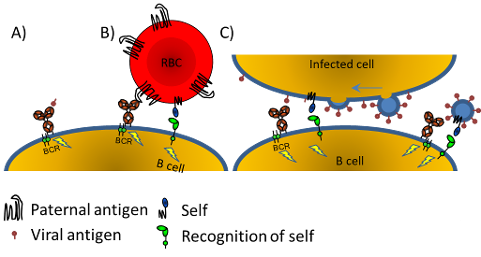 Besides antibodies, also other immune-mediators can contribute to cellular breakdown. We recently found that these responses are influenced by the proinflammatory status of patients. In immune thrombocytopenia’s C-reactive protein (CRP) was increased in cord blood samples of fetal neonatal alloimmune thrombocytopenia affected neonates. In a murine model of idiopathic thrombocytopenic CRP also enhanced the antibody mediated breakdown of platelets. We are currently actively investigating though which molecular -mechanism this occurs (Figure 1). 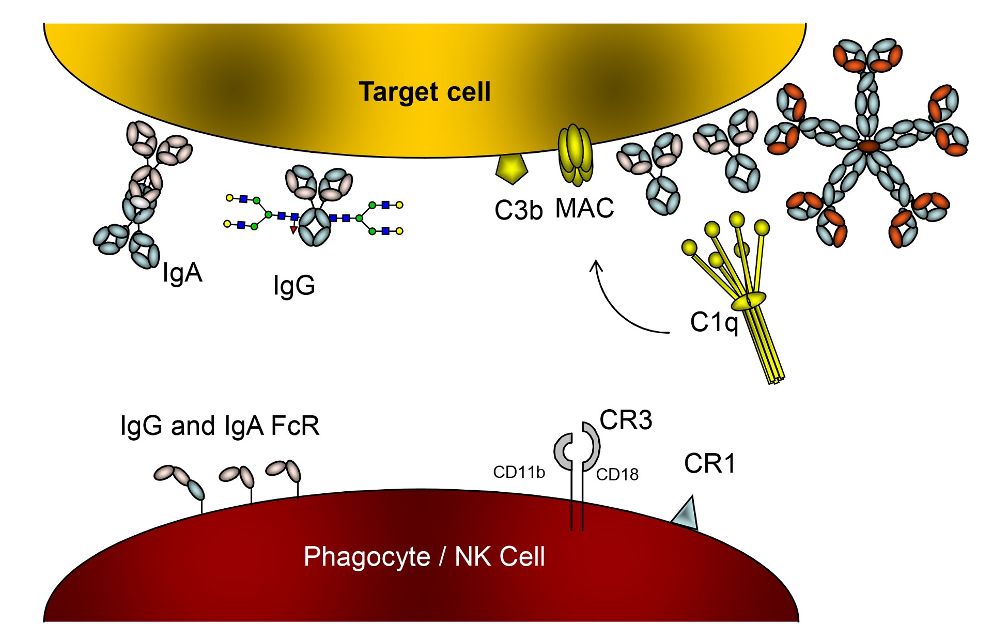 Our recent finding on antibody-mediated breakdown of cells has potential applications for diagnostic purposes. Glycosylation of antibodies is one particular feature which may be very informative to identify patients at risk. However glycan analysis is extremely complex, particularly on an antigen-specific level. We are currently working on simplifying this process using, among other techniques, label-free biosensor technologies we originally developed as a RBC-typing platform.