A brief history on pyrogen testing

In 1912, Hort and Penfold were the first to develop a pyrogen test which was based on parenteral administration of pharmaceuticals into rabbits and measuring the possible rise in body temperature, known as the Rabbit Pyrogen Test (RPT). In 1942, the test was included in the 12th edition of the United States Pharmacopeia (USP) as a pyrogen test. 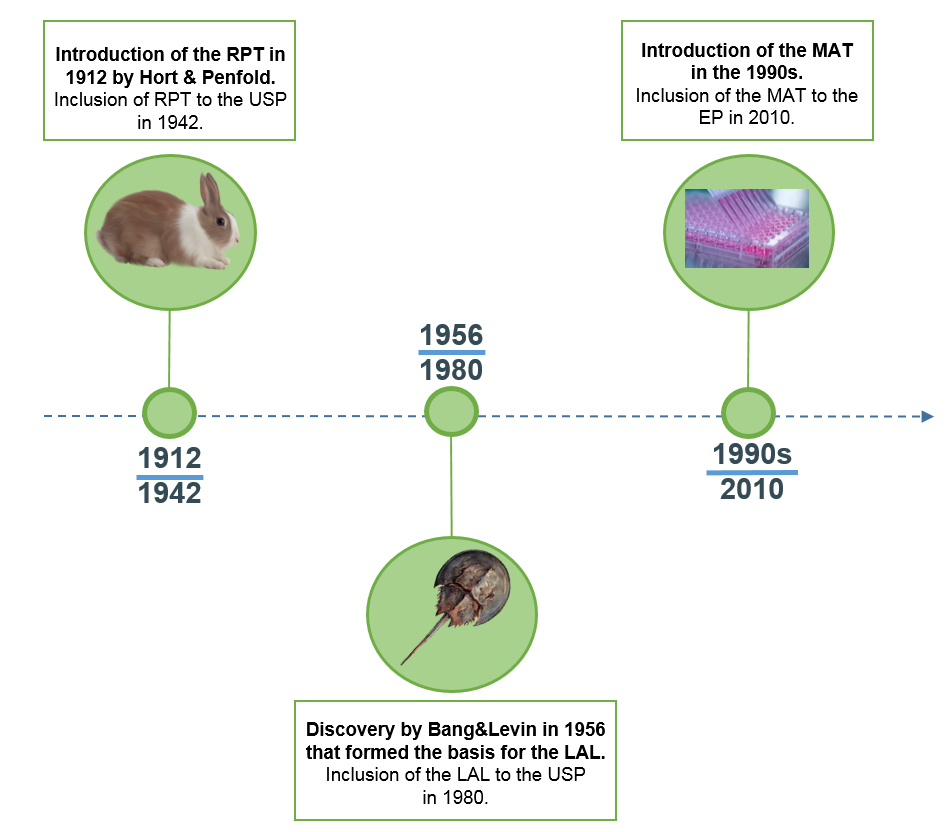 In 1956, research by Bang and Levin formed the basis for the development of an alternative test to the RPT. The investigators found that the blood of the horseshoe crab forms a clot when exposed to Gram-negative bacteria. Based on this discovery, the Limulus Amebocyte Lysate (LAL) assay was developed using extracts of amebocytes from limulus blood to analyze pharmaceuticals for endotoxin contamination. the LAL test was incorporated in the 20th edition of the USP in 1980. Although the LAL test proved to be very sensitive to endotoxin and easy to use, its inability to detect non-endotoxin pyrogens (NEPs) prevented the assay to fully replace the RPT.

The limitations of the RPT (low sensitivity, not quantitative) and LAL (inability to detect NEP), and the increasing concerns on animal welfare, pushed the development of an alternative pyrogen test. Based on the human immune response towards pyrogens, an in vitro-based assay was developed known as the Monocyte Activation Test (MAT) and incorporated in the European Pharmacopeia (EP) in 2010. Sanquin was the first to release a commercially available, highly sensitive MAT kit based on cryopreserved PBMCs in 2017 and since then offers both MAT assay kits and test services.

Guidelines for pyrogen detection in pharmaceutical and biological products

Other countries including India, Japan and China are working on MAT monographs.