You only live twice: Gene expression regulation in hematopoiesis and T cells 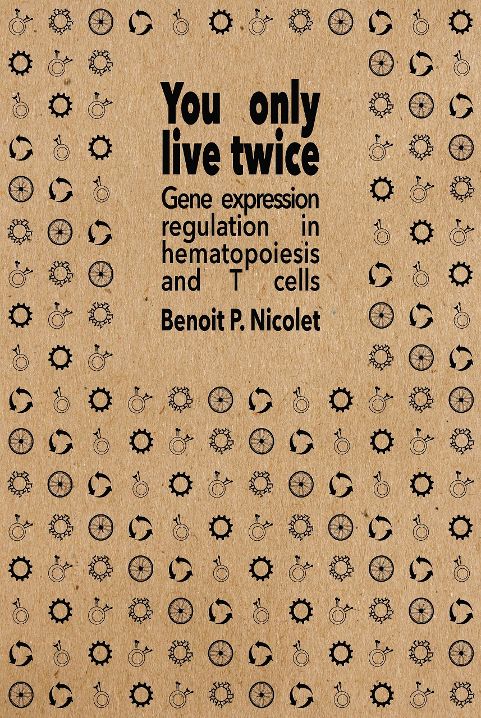 On 3 September 2020 Benoit Nicolet defended his PhD thesis 'You only live twice: Gene expression regulation in hematopoiesis and T cells' at  the University of Amsterdam

Venue:
Agnietenkapel, University of Amsterdam (invitation only) and on-line

In the first part of this thesis, we developed several methods to identify and study the effector function of T cells. We used transcriptome and proteome analysis to uncover CD29 (b1 integrin; ITGB1), a cellular marker which identify CD8+ T cells that preferentially produce cytotoxic molecules, such as interferon-g. The expression of CD29+ T cell gene signature in melanoma patients associated with better overall survival, especially in patients with high CD8+ infiltrates. We also studied how these effector function of CD8+ T cells are regulated by developing Flow-FISH a method allowing the simultaneous measurement of mRNA and protein of individual gene products at a single-cell level in a high throughput manner. There we found that mRNA protein measurements are key to understand T cell effector function regulation. This led us to investigate the global relationship between mRNA and protein expression in human CD8+ T cells during differentiation and upon activation, using deep transcriptome sequencing and mass-spectrometry. Together we show that T cell gene expression regulation is key to understand the function, and its implication for T-cells immune-therapies and vaccines.

The second part of this thesis focused on circular RNA (circRNA), a novel kind of non-coding RNA. We investigated the circRNA expression in the hematopoietic system, thus far unknown, and found a cell-type specific, abundant, circRNA expression throughout hematopoiesis. Red blood cells and platelets expressed the highest levels circRNA levels and the highest diversity. We further characterized the functionality of circRNA in terminal hematopoiesis using a multi-omics approach.