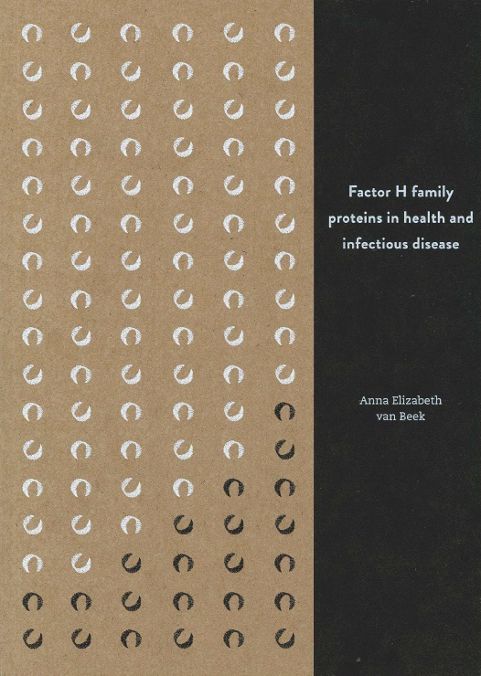 Complement is a key element of human innate immunity. Being a powerful protein cascade, complement is able to target invading microbes, immune complexes and apoptotic cells for removal by phagocytes, to attract immune cells to the site of infection, and to directly kill a target cell. Specific regulators are in place to limit unwanted complement attack on healthy human cells, that are either membrane-bound, or circulate in blood, such as factor H (FH). FH inactivates deposited complement on human cells only, while leaving complement attacks on microbes intact. Of note, microbes and parasites can also hijack FH as complement evasion mechanism to enhance their survival in blood. The FH-related proteins (FHRs) resemble FH in their binding domains, but lack domains that correspond to its regulatory domains, and are therefore thought to fine-tune its regulatory function. However, although in vitro experiments suggest that FH and the FHRs influence bacterial and parasitic survival, not much was known on these proteins in clinical cohorts. The research described in this thesis is focused on FH and the FHRs in health, meningococcal disease and malaria. The research led to the biochemical characterization of FHR-1, FHR-2 and FHR-5, which form dimers in blood. New tools were developed that accurately quantify the proteins, showing that their levels are much lower than FH itself. In addition, the research describes the role that FH and FHRs may play during the acute stage of meningococcal disease, and that FH is an independent predictor of malaria susceptibility and severity.