The table below shows that the 31,338 donors who participated in DIS are a representative sample of the active donor population. The characteristics of both the DIS and the total donor population were assessed at 31-12-2009, which explains the small age difference (sampling for DIS started in 2007 already).

For more information check the flowchart of the Donor InSight population below: 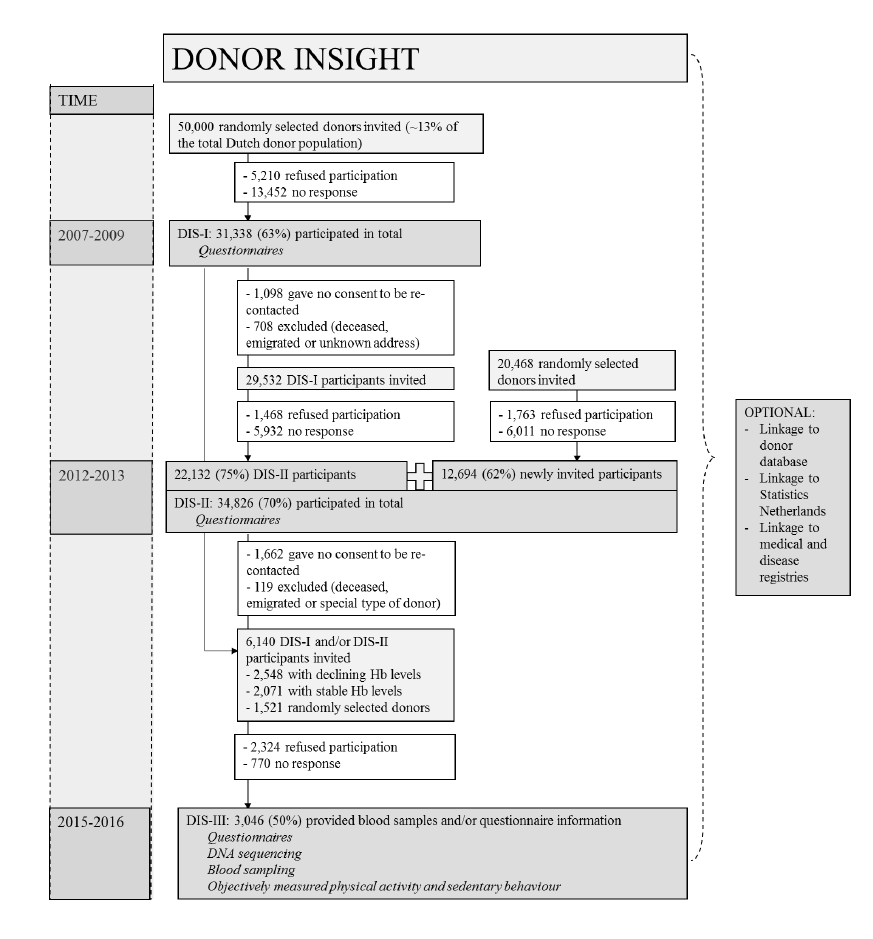