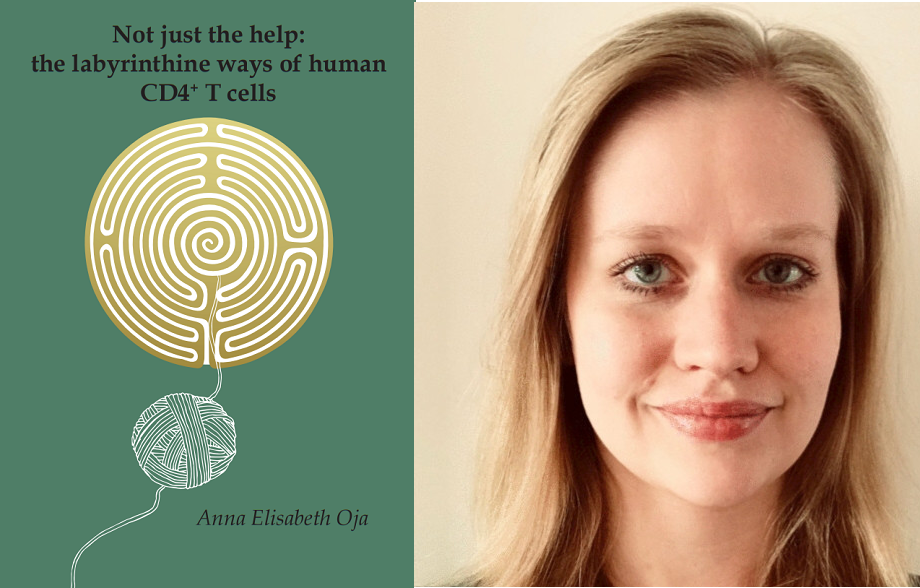 On June 18, Sanquin researcher Anna Oja will defend her PhD thesis at the University of Amsterdam. Her research sheds light on the functionality of CD4+ TRM, which could be targeted in novel vaccine strategies and anti-cancer immunotherapies.

We further defined the core signature of human lung CD4+ TRM, which display properties of CD8+ TRM and have a fast and polyfunctional recall response. Lung CD4+ TRM localize in heterogeneous patterns and consist of distinct subsets of TH1 and TH17 TRM, recognizing numerous pathogens.

NSCLC tumors also contain polyfunctional pathogen-specific CD4+ TILs with a residency phenotype and PD-1 expression distinguishes functionally distinct subsets. The abundance of CXCL13+CD4+ TILs with a residency phenotype, significantly correlates with survival and frequencies of CD8+ TIL subsets shown to be enriched for tumor-specificity. This suggests that CXCL13+CD4+ TILs are important in anti-tumor immunity and reflect a patient’s ability to form an anti-tumor response.

Venue
University of Amsterdam, Agnietenkapel (invitation only) and online.