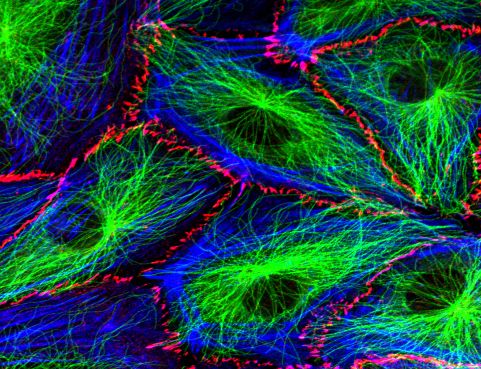 Previously, our lab has shown that the endothelium activity participates together with the leukocytes in the process of TEM by forming dorsal membrane ruffles that surround the adherent leukocyte. We found that the RhoGTPases Rac1 and RhoG are responsible for this through their remodeling of the actin cytoskeleton. Activation of Rac1 and RhoG can be induced through so-called GEF (guanine-nucleotide exchange factor) proteins.

In the past year, our lab discovered a role for the GEF Trio in leukocyte transendothelial migration. Trio can activate Rac1 and RhoG, resulting in the formation of the dorsal protruding membranes that surround adhering leukocytes. Moreover, we found that Trio protein and mRNA expression were upregulated by inflammatory stimuli such as TNF, IL-1 and LPS. Reduction of Trio expression by short hairpin RNA reduced migration of leukocytes across endothelial cells under physiological flow. In addition, a pharmacological inhibitor for Trio decreased leukocyte transendothelial migration. 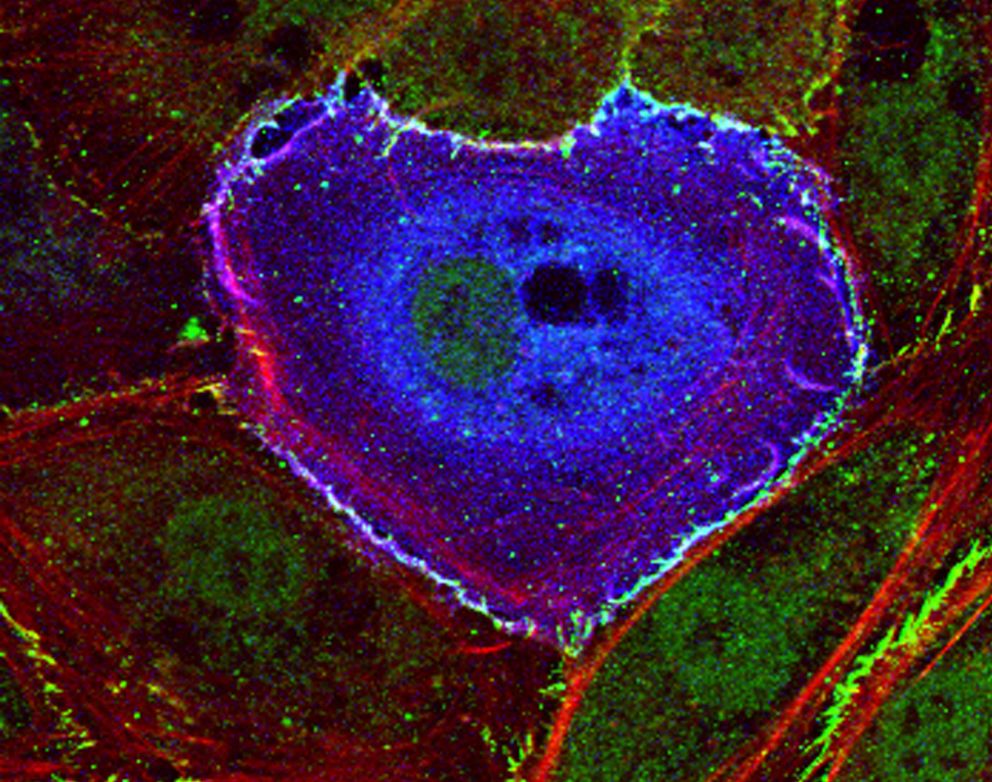 In the initial stages of transendothelial migration, leukocytes use the endothelial integrin ligands ICAM-1 and VCAM-1 for strong adhesion. Leukocyte binding is accompanied by the clustering of ICAM-1 or VCAM-1 on the cell that VCAM-1 localizes to sites of ICAM-1 clustering, induced by anti-ICAM-1 antibody-coated beads. Biochemical pull-down assays showed that ICAM-1 clustering induced its association to VCAM-1, suggesting a physical link between these two adhesion molecules. This association was partly dependent on lipid rafts, on F-actin and on the clustering of ICAM-1. These data show that VCAM-1 can be recruited, in an integrin-independent fashion, to clustered ICAM-1 which may serve to promote ICAM-1-mediated leukocyte adhesion.

Related to protein-protein interactions within the plane of the apical endothelial cell membrane is the lateral mobility of ICAM-1. This is related to both its participation in specific membrane domains as well as its (integrin-induced) clustering. We therefore studied the dynamics of endothelial ICAM-1 under non-clustered and clustered conditions.

Finally, blocking Rac1 activation, the formation of lipid rafts, myosin-II activity or actin polymerization, but not Src, reduced the adhesive function of ICAM-1, tested under physiological flow conditions. Together, these findings indicate that ICAM-1 clustering is regulated by the actin cytoskeleton in an inside-out fashion. Overall, these data indicate that signaling events within the endothelium are required for efficient ICAM-1-mediated leukocyte adhesion and transendothelial migration.